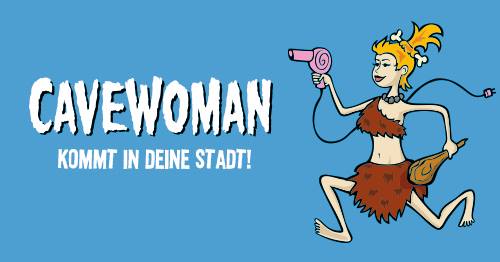 Sex, lies and lipsticks – CAVEWOMAN Heike uses the last hours before the wedding ceremony to give the embarrassingly early wedding guests a quick course in man-woman relationships. And that with a good portion of anger in their stomach. Or what would you say if your husband disappeared one night before the wedding just because you said “Get lost! But don’t worry: CAVEWOMAN is not a feminist large-scale attack on the common species man – it’s rather a pleasurable look at the (together) life of two different beings who have to share a planet, a country, a city and the worst: ONE APARTMENT!