The Arena Halle offers a professional infrastructure at the highest stage on 6.500 sqm. It’s located right on the river Spree in Berlin’s inner city district Alt­Treptow. The space of the Arena Halle can be adjusted to the diverse needs and wishes of our clients. Trade fairs, conventions, gala events, product presentations or TV­ and movie production, fashion events and parties, as well as concerts up to 9.000 guests ­ Arena Halle offers ideal space for all possible events. The building complex was raised as a depot for buses in 1927 according to plans by imperial secretary of housing Franz Ahrens. At this time it was the largest cantilever hall in Europe. It is the synthesis of 1920s industrial architecture and contemporary event infrastructure that gives the heritage protected venue its distinct character. Arena Halle was fully refurbished in 2000. It’s one of Berlins’ most popular event locations. Find Arena Berlin on Facebook. Please direct your Booking Request to: booking@arena.berlin

The hall of Arena Berlin was built in Berlins’ golden twenties, an era of economic upturn and cultural blossoming. The public transport company Allgemeine Berliner Omnibus AG (ABOAG) was in need of a depot for 240 buses, so they assigned architect Franz Ahrens to construct the largest cantilever hall at that time. Ahrens’ construction is not just remarkable because of its impressive size and its architectural details like carved out figurative statuary from the elaborate clincker bricks made by sculptor Arminius Hasemann. Also the natural lightning from transverse roof lights and glazed bow panels gives a unique feel to the hall. The impressive building with an expanse of 6.500 sqm was completed in 1927. One year later the ABOAG was turned into the Berliner Verkehrsbetriebe (BVG), the company that is still in charge of Berlin’s inner city public transport. During Third Reich the extensive hall was alienated as an armory. After the war it was utilised as a refugee camp before the monumental building became part of the area of the Berlin wall in 1961. Until 1989 access was restricted but it was used again as a depot for buses. 4 years after Germany’s reunification the BVG left the building in Berlin’s district Treptow. New owner was the registered association Art Kombinat e.V., which was just founded for the sole purpose of organising cultural events at the former depot. In 2000 the Arena Berlin was extensively refurbished and is since then one of Berlin’s most popular places for events. http://www.berliner-verkehrsseiten.de/bus/Geschichte/ABOAG/ABOAG_Fz/aboag_fz.html 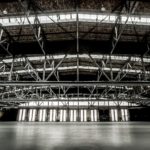 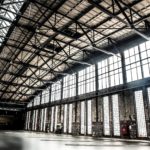 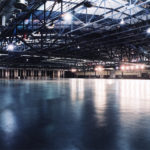 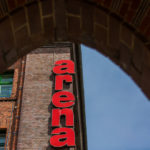 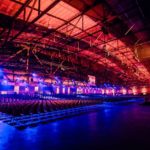 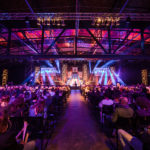 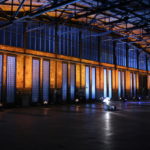 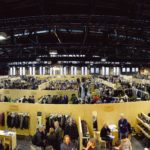 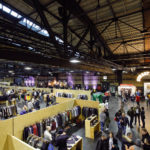 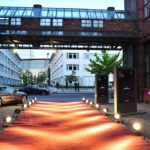 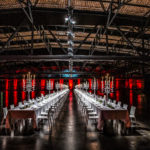